Phatty, as is know in the industry has been a figure in the sport as long as I can remember. Most people that I know of, also refer to him as Grandpa Dyer. But, don’t let that fool you. While he may be the patriarch of the Boondocker’s, he’s no stranger to throwing down a phatty line, leaving everyone in awe. 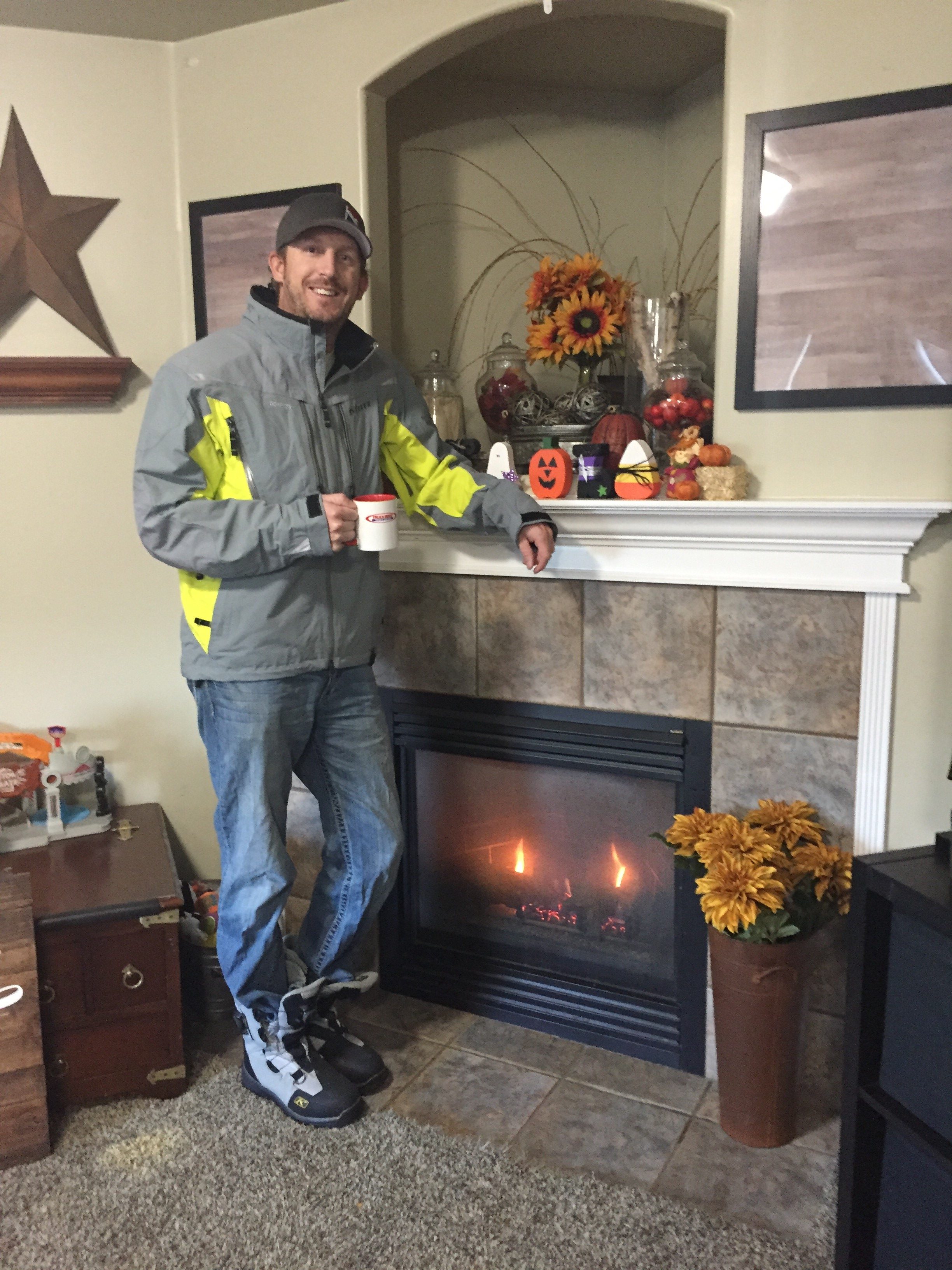 There are few people that I look up to more than Mr. Dyer; it’s pros like him that make this sport fun and sustainable.

What Pays for Your Sledding Addiction:  My wife works long hours so that I can go play in the snow.  She gets double duty as a worker and a mom while I am out sledding.  I’m very grateful for her ability to manage so many things in our lives and for her support to pursue my passions.  My real job as a software engineer helps bankroll the sled, truck, and fuel.

Favorite Sled: While my new sled is absolutely amazing, my favorite sled would have to be 1984 Indy 400. I put thousands of miles riding that sled around the field near my house and many more miles in the mountains with my dad.

If you looked back, over your entire life and picked one day where you could point and say, “yeah, that’s what got me hooked on riding”, what would it be?  I can remember one Saturday when I was young (probably middle school age) wanting to skip my basketball game and go riding. It had just snowed and was blue skies. I loved basketball and for me to want to skip the game was crazy. I played the game and then nearly died of anticipation with the ride up to the mountains. Grateful that my dad took me riding!

What SLEDDING accomplishment are you most proud of?  The promotion and support of the Utah Avalanche Center. We have worked so hard to bring awareness and snowmobile support to the Avalanche issues. A few years ago we partnered with the UAC to start teaching snowmobilers Avalanche Safety classes. We had a handful of people sign up the first year. Now we have had to schedule 2 different days capping enrollment. The classes fill up the first day they are announced. The culture of awareness and knowing before you go is spreading.

On the mountain, what has been the scariest moment you’ve had while riding?  Back in 2003 my good buddy Ryan Nelson and I double dropped a cornice together. At the time it was very large drop for us (20 feet or so). Ryan’s foot slipped as he landed and he crunched the sled as it rebounded off the snow. He ended up with some fractured vertebrae. We didn’t know anything about how to care for him, but we got him through and got him on the chopper out of the mountains. Making the phone call to his family was the worst. We actually documented the whole expierence on video and put together a 5 minute clip on it. I have it floating around somewhere and have often thought about putting it on social media to help promote wilderness survival skills.

What are the top 5 destinations on your bucket list? Japan, Chili, Russia, Alaska, Stewart BC. I would love to experience snowmobiling in all those places.

If you could ride with any three people, who would it be?  Dan Gardiner, Ryan Nelson, Kris Smasher Kaltenbacher. What if those were the only three people you could ever ride with again, would it change your answer?  Probably, you can only put up with Smasher for so long! Kidding, those guys are great friends and talented riders. I would want to expand the circle to the rest of my Boondocker Movie riders. They are like family to me!!

What do you see as the biggest obstacle for new/young riders looking to get into the sport?  I have spent a considerable amount of time working with state organizations working on ways to get younger riders involved in the sport. There are a plethora of factors working against getting youngsters in the sport (location, access, time, etc). I believe that the biggest obstacles is cost. Snowmobiling is not a cheap sport.

How often do you mentor someone in the sport, either to make them a better rider, or maybe grow their audience? Give an example of one that you’re proud of.?  I don’t have as much time to mentor as I would like to. I am always willing to answer emails, texts, messages from youngsters with questions they have. Schedules are tight especially with my own growing kids, but I love to get out a couple times a year with young kids who reach out to me. The memories it makes for them and the confidence it can give them is priceless.

Years ago I had a young man reach out to me that he wanted to go riding with me. My schedule worked out to allow him to come with. He skipped school and had his dad drop him off on the mountain. I was pretty nervous as I was now responsible for the youngster. He was an amazing rider and we had a great day of riding. His enthusiasm and excitement for the sport and riding that day was contagious and helped me realize what sledding is all about. Today this young man is twice the rider I will ever be and is busy racing and filming with top films and is a known ambassador for a sled manufacture
.

Where do you see the sport in 10 years? What do the machines look like? Has it grown or shrunk? Which ‘group’ dominates the market?  I would love to see electric sleds that weigh sub 400lbs and can go 200-300 miles on a charge. The quiet machines would go a long way to promote the sport and keep riding areas open. I think the sport maintains a slow growth as the ski industry prices itself out of customers, however I fear that the riding areas will continue to shrink forcing more and more people into smaller areas leading to more accidents and problems. Trail runners continue to dominate the market! Corduroy is best!!!