It was the first real ride of the year, for me, and I couldn’t be more excited. Colorado was scheduled for an ‘epic’ El Nino pattern, which in theory, would favor Southern Colorado, although no one could tell when it would officially start. My favorite meterologist, Cory Reppenhagen, had responded to a message telling me to head south, immediately. 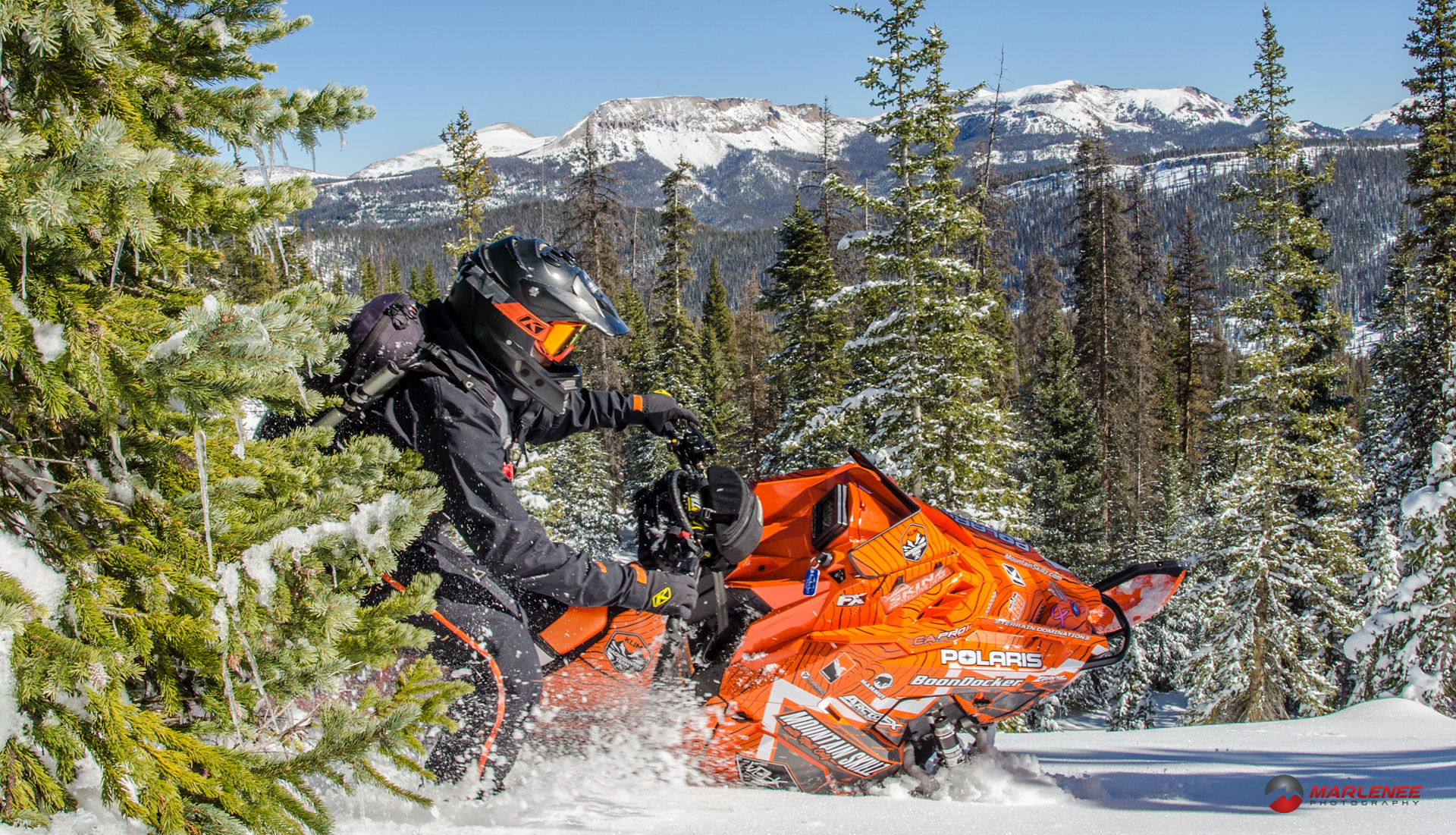 On the first weekend of November, I loaded up my year-old 2015 Polaris Pro RMK 800 with a VOHK tuned Boondocker Turbo, and headed to Matt Entz’s house in Southern Colorado, chasing the storm. I arrived quite late, but he left the door open so I could crash, if only for a few hours. As I pulled into his driveway, it was well after midnight. I could see the shop lights were on, and I found Entz, thermos of coffee in hand, standing in the doorway of his detached shop gazing down his long driveway, patiently waiting for me to arrive.

Through the door, were piles of boxes and packing material, some taller than I. As he led me through the maze of refuse, I realized what was going on. Matt’s entire fleet of Mountain Skillz rentals were all sitting in a semi-circle, each at a different stage of being ‘built’. Some were completely wrapped, and some were partially, and some not at all. Some had stock parts, and some not-so-much. It was the same mess I recognize from about noon on Christmas Day at my house. We spent another hour making sure at least one machine was ready to ride. I was exhausted and could barely stay awake and as we walked along the sidewalk back to his house, big snowflakes stuck to my hair and eyelashes. I rolled my head back to watch the flakes streak across the glowing street light. Tomorrow would be epic.

It’s not often that I get a solo ride with Matt, or any athletes, really; most of my rides are with groups, be it other clients, friends, or athletes. Between the solo ride and the fresh snow, I knew this day would be good. We hit the road, always a few minutes late, and headed towards Wolf Creek.

The further we got up the pass, the deeper the fresh snow got. The plows had been out, but it only exaggerated the accumulation alongside the tight, winding mountain pass. The parking lot had not been plowed, and the vibrant warmth of the first sunlight after a snowstorm was peeking through the trees, casting rays and shadows across the sky. It felt almost holy.

After a short trail-ride, the challenges had begun. I’m certain we were the first to break trail to one of Matt’s favorite areas this season. Large snow-pillows sat in succession, perched atop boulders like a line of gentleman’s top-hats, but making navigation difficult. The quick gain in elevation was rewarded (or punished, depending on your point of view) by ever-deepening snow. In several areas, it took multiple runs, just to make it through what normally is a well-beaten trail. I was not in sledding shape, nor were my lungs ready for the elevation. Our tardiness was further exacerbated by the need to dig, rest, and repeat, mostly my fault. As the ‘trail’ grew tighter, and the trees denser, the sunlight seemed to disappear. Now, fully shaded by a jungle of sub-alpine firs, we continued to the summit, breaking to the tree-line. 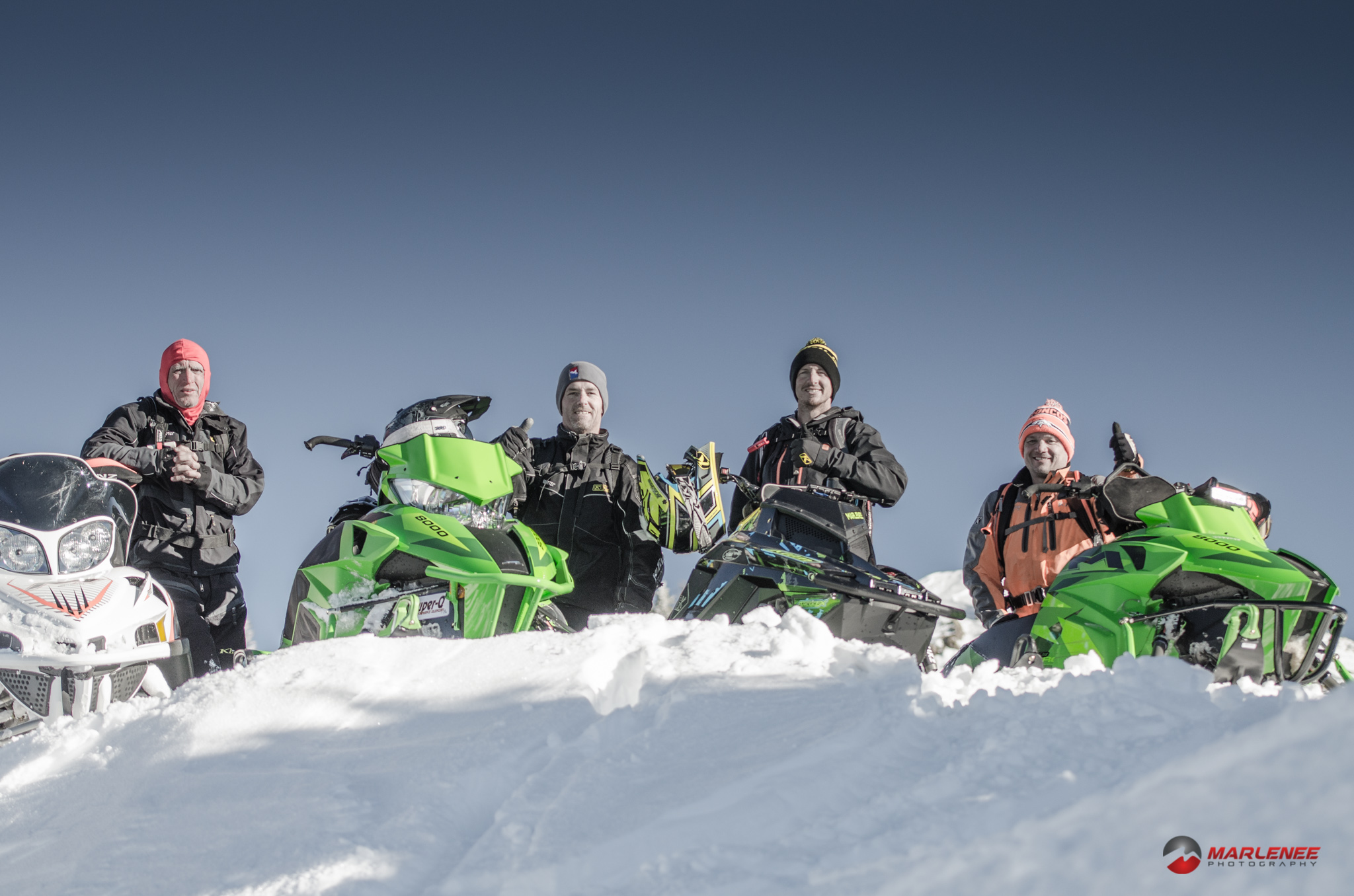 Just as we crossed the summit, the sun had risen enough to fully light the drainage that we now faced and looked down into. It was almost like a summer sun, radiating heat and reflecting its bright yellow energy against the glitter of the fresh snow, laid down in large flakes. Matt and I both sat for a while, smiling beneath our new Klim gear. This shot presented itself only a few yards from where we both sat, gazing across the valley, into the wild.

Moments later, we were joined by a group of Matt’s childhood friends, and we again sat, telling stories each given to us from a lifetime of riding. I looked around and realized that this is what riding is all about.